Posted by TWP on December 13, 2021 9:24 am | Comments Off on BEST DEFENSE: Military approves CARC powder coats 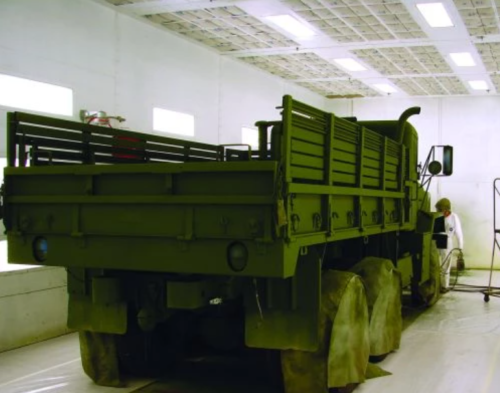 The race is on amongst powder coating manufacturers to turn out a new product that will meet military CARC specifications and hopefully grab a share of the $2 billion defense coating market.

The U.S. Department of Defense issued specifications in late 2010 to allow powder coaters to finish military vehicles and equipment which ‑ until now—could only be done using liquid paint.

The U.S. Army Research Laboratory (Aberdeen, MD) released the specs—MIL-PRF-32348—to allow powder coating as a finish because of increased pressure from the U.S. Environmental Protection Agency, which wants the military to use coatings that are free of volatile organic compounds (VOCs), volatile organic hazardous air pollutants (VOHAPs) and inorganic hazardous air pollutants (HAPs).

“There are many advantages to allowing powder coating to a part of the program,” says John Escarsega, DOD CARC Commodity Manager for the coatings team at Aberdeen. “Environmental is a big reason, but there is also some reduced costs we should be seeing. It’s a good step forward.”