CARC: The Impervious Nature of an Important Paint

Posted by TWP on November 30, 2021 6:37 pm | Comments Off on CARC: The Impervious Nature of an Important Paint 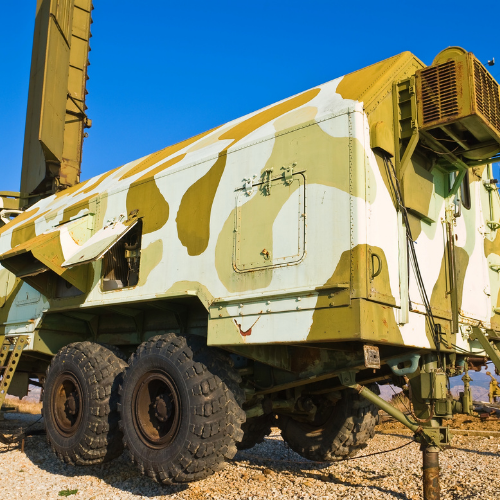 New to CARC? Consider this.

Chemical Agent Resistant Coating, commonly referred to as CARC, is a paint applied to military vehicles. CARC ensures their metal surfaces remain resistant to oxidation and puncturing by chemical or biological agents.

However, CARC offers distinctive qualities that differentiate it from other products readily available in the market. Here are the attributes that make CARC the coating of choice for military vehicles and equipment.

CARC Coating is a Military Requirement

All CARC coatings have a very matte finish. This type of finish means they don’t have the luster or gloss of most automotive-grade polyurethane paints. The matte finish reduces visibility generally caused by the glow or reflection of the sun or other sources of shining light.
First developed in 1974, the military made CARC coating a requirement for all combat, combat support, tactical transport vehicles, aircraft, as well as all support machinery. The finish is a low-gloss adaptation of polyurethane paint designed for military use with a coating that is very difficult to destroy, with a four times longer life span than the alkyd paint previously used by the army.

CARC is a paint coating with very low porosity. This feature enables it to stop chemical or biological warfare agents from getting absorbed into the finish. Porosity makes the process of decontamination easier, considerably lowering battlefield decontamination time.

The finish not only has a chemical makeup that hinders toxic warfare agents from pervading military vehicles and equipment but can also easily withstand wear and tear.

For a while now, CARC has been used in battle zones to safeguard vital military infrastructure, vehicles, and apparatus from harmful chemical and biological substances such as mustard gas and various types of poisonous agents. In case there’s a chemical or biological attack, personnel uses ordinary military decontamination solutions for getting rid of the contaminants.

Apart from chemical resistance and durability, CARC has other distinctive features. One worth mentioning is the base green color, which the army referrers to as Green 383. This color imitates the reflectiveness of chlorophyll, which found in all flora. This feature makes vehicles harder to detect by infrared detection equipment. Visual and infrared camouflaging is a significant plus for the military when they want to avoid detection or want to confound enemies that are using infrared technology.

Another significant development with the CARC coating is the Tan 686 color redeveloped with higher reflectivity shades to lessen the number of solar heat vehicles would take in. The amount of sun absorbed by vehicles was causing a genuine and significant concern throughout Operation Desert Shield.

It is essential to be safe when painting vehicles or anything else with Chemical Agent Resistant Coating, just like you would when using any paint. It would be best to protect yourself using a respirator with a HEPA filter. You should also make sure you are sufficiently covered, so coveralls and rubber gloves are a must. Instead of wearing safety glasses, you should put on splash goggles since they will protect you better from the paint’s thinner.

Make sure the thinner and the paint itself are kept far away from any open flame sources. When painting with CARC, make sure you do it in an area with adequate ventilation. Once it’s dry, CARC is completely safe unless it’s compromised by sanding or grinding. Over the years, CARC has become essential to military strategy and operations. Today, vehicles and equipment in the military can be used repeatedly without anxiety about future contaminants. By using CARC, you can rest assured that any surface it covers will resist future chemical and biological attacks.