What is CARC Paint? 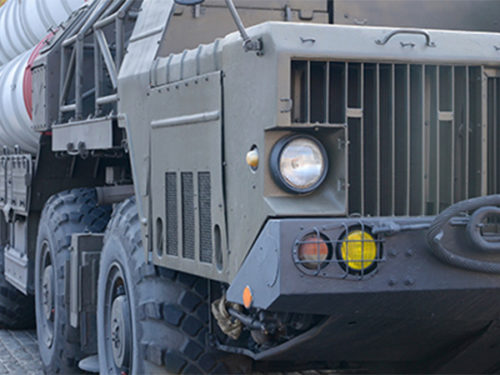 CARC (Chemical Agent Resistant Coating) is a paint used on military vehicles to make metal surfaces highly resistant to corrosion and penetration of chemical agents. It provides surfaces that are easily and effectively decontaminated after exposure to liquid chemical agents.

There are three types of coatings in the CARC system: anepoxy polyamide primer, an aliphatic polyurethane paint (PUP), and epoxy polyamide enamel. Each of the coatings is supplied as a two-component system. When the two components are combined, a terminal reaction begins which makes an impermeable coating.

During application of CARC, the surfaces to be coated with CARC must sometimes be stripped. After stripping, the surface must be cleaned of all oils, grease, and water. When the item is ready for coating, the two components are mixed and allowed to stand for a prescribed period. The mixture must then be applied within a given time period known as its “pot life” in order to be effective.

Trans-Acc is fully certified to meet the military’s most strict CARC paint requirements and is an experienced CARC supplier to the defense industry, for use in various military applications. For more information about outsourcing CARC Coating solutions, see Military CARC Coating Services.

Read more: What is CARC Paint?