Which Alloys Are Prone to Corrosion, and How Can We Prevent This?

Posted by TWP on January 2, 2023 7:00 am | Comments Off on Which Alloys Are Prone to Corrosion, and How Can We Prevent This? 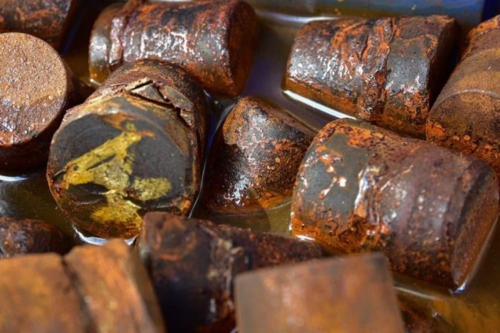 Some exposed metallic alloys, such as those used in electromagnets, are prone to corrosion and may disintegrate into a powder even in clean, temperature-stable interior conditions if not adequately treated to prevent corrosion.

Do All Alloys Corrode?
Almost all alloys corrode or rust to an extent. Corrosion is a type of oxidation, and rusting is a component of corrosion. Rusting occurs when the alloy is in contact with air and humidity, resulting in the formation of an iron oxide coating. Corrosion happens when alloys are exposed to oxygen and chemicals, resulting in the development of metal oxides or salts.

As standard steel is made up of a variety of metals, including iron, it can corrode. Stainless steel, which is 18 percent or more chromium, creates a protective coating (chromium oxide) on the surface of the alloy, while a vanadium concentration also plays a substantial role in preventing corrosion.

Corrosion in Aluminum and Magnesium

Aluminum alloys do corrode, but when water comes into contact with the metallic surface, it develops a protective coating called ‘aluminum alloy oxide’ which makes it more corrosion resistant. Magnesium is prone to corrosion (especially galvanic corrosion), which appears as a grey layer on the surface. Out of all metallic alloys, magnesium alloys have the worst corrosion resistance properties.

Do Zinc and Nickel Corrode?

When zinc is exposed to air, it interacts with carbon dioxide to generate a zinc hydroxide film. This shields the metal from external air reactions, which is why zinc is used to galvanize other alloys and prevent corrosion. Pure nickel is extremely corrosion-resistant, particularly when exposed to a range of reducing agents. It is resistant to oxidation when it is alloyed with chromium, resulting in a wide range of alloys with excellent corrosion resistance in both reduction and oxidation conditions.

Types of Corrosion in Alloys
Corrosion is the result of a series of often complex chemical reactions that may be induced by a variety of factors, that depend on the setting. Uniform corrosion is the most typical form of corrosion, described as an even attack over a material’s surface. It is the most innocuous since the attack is mild in intensity, making the impact on material performance simpler to measure and analyze due to the ability to consistently repeat and test the phenomenon.

Read more: Which Alloys Are Prone to Corrosion, and How Can We Prevent This?